I owe you an apology, dear reader. I’ve been neglecting you this last month. But I promise, it was for a very good reason. I needed to take some time away from the blog so that I could bring you…

The anthology features 18 stories of multicultural steampunk by some of the biggest names in science fiction, including Jay Lake, Ken Liu, Nisi Shawl, Lucy A. Snyder, and Lillian Cohen-Moore, as well as some huge names in steampunk like Jaymee Goh, Balogun Ojetade, Pip Ballantine, and SJ Chambers. We also have an introduction by Diana Pho and cover art by the incomparable James Ng. The stories take place all over the world, from Sri Lanka to Russia to the Belgian Congo, and feature characters both human and automaton.

There are two ways you can help the Kickstarter if you want to see this project succeed. The first is, obviously, to become a backer. Give us your money. Though the ebook for Steampunk World requires a pledge of $10, there is a reward for backing as low as the $5 level. That’s less than the cost of lunch, and you’ll get five really excellent stories for that amount. I haven’t selected which stories will be in the Steampunk Sampler for $5, but I promise they’ll be worth every penny. Of course, for twice as much, you get nearly four times as many stories, but I understand that sometimes you just can’t afford the upgrade.

The second way you can help is to tell your friends. I especially need people to talk about the project on Steampunk social media groups, like on Livejournal and Facebook and Google+ and Tumblr. I don’t participate heavily in online Steampunk groups (I just don’t have time) and I don’t believe in joining such groups purely to spam everyone asking for their money. So if you think the project is worthwhile, and you already participate in such a group, please post about it. Just do a quick check to be sure nobody else has already posted about it, and please don’t join any groups just to post about it. We’re not looking to spam and annoy people!

Thank you for any help you can give. This project would never have happened without the continual support of my friends and readers. Now it just needs one final push in the coming weeks, and then our screaming clockwork infant will be born into the world. 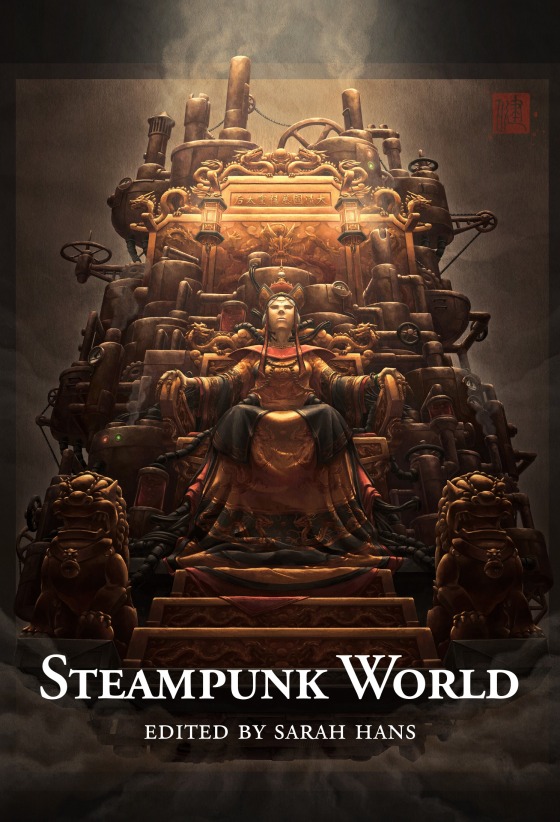